As previously discussed in this blog, I’m researching far-right cities for my Master’s Thesis, including the Austrian city of Wels. What happens when parties with non-mainstream, often extreme, policy platforms are given control of urban administrations? Wels elected a mayor from the FPÖ (Freedom Party of Austria) in 2015 and therefore offers us insights today.

This post will look at the impact being made by FPÖ Mayor Andreas Rabl on children’s education in the city. In March 2016, a new ‘Code of Values’ for Kindergarten children was proposed by Rabl. According to the plans, new requirements would be demanded of children to ensure they are raised in the tradition of Christianity and German culture. The most attention-grabbing part was the necessity to learn five German language nursery rhymes, as defined by the local government. For those sadly lacking the Germano-Christian cultural heritage, here is a video of one example: Alle meine Entchen (All my ducklings). 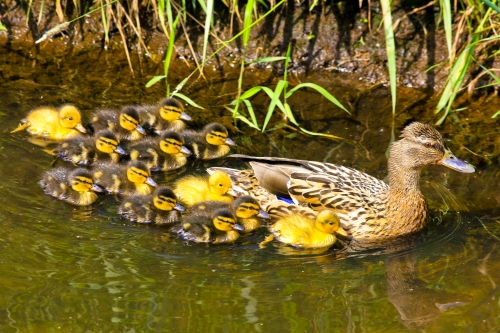 Critics have pointed out flaws in the plan, beyond the question of whether the French classic Frère Jacques would still be allowed (Rabl – it would). Wels has a diverse society: 28% residents are without Austrian citizenship and only 52% of children enter kindergarten with the necessary German language skills to recite the rhymes. Educational experts have pointed out practical problems with the idea in this context. For example, the proven efficacy of promoting respective children’s first languages (in this case, mostly Turkish and those of the former Yugoslav republic) in order for them to learn a second one.  If Rabl seeks to promote German language and culture, including for those for whom it’s the second set they acquire, this seems to run contrary to the aim.

The FPÖ have been pursuing a wider Kulturkampf (literally ‘culture struggle;) in Wels; an assertion of the traditional local culture and the rights of the ‘native’ Austrian population. In October 2015, Rabl proposed measures to restrict access to social benefits (including housing) to residents with sufficient German language skills, and with the required length of residence and employment in the city. The mayor said this was to incentivise integration and prevent the emergence of parallel societies in the city. Critics contend such policies are an unhelpfully divisive tool which do nothing to produce an integrative, cohesive society.

The kindergarten plans have since been postponed, with the test of German culture missing from the Code of Values presented on 8 July 2016. There has been talk of tensions regarding the plans between the FPÖ city administration and the conservative ÖVP government of Upper Austria, who control the educational plan for the entire region. Nevertheless, Rabl insists he is not retreating from the original plans, and that the learning objectives for the city’s kindergartens would be released in spring 2017. In the meantime, I’ll be watching out for other acts in the Wels Kulturkampf and reporting them here.

One thought on “Kindergarten Kulturkampf”